During the 1960s, various studies identified hunger as a major problem in this country. Physicians described young women, often pregnant, in their clinics with various ailments caused by lack of food. In Atlanta, GA, doctors and clinic staff began to prescribe needed foods, and the prescription served as a voucher women would use to obtain a food package. Separately, in Baltimore, MD, Dr. David Paige of Johns Hopkins University was developing a similar food distribution program using vouchers.

President Nixon during the White House Conference on Food, Nutrition, and Health.

In December 1969, the White House Conference on Food, Nutrition, and Health focused on the problem of malnutrition and hunger due to poverty. Conference recommendations called for special attention to be given to the nutritional needs of low-income pregnant women and pre-school children.

On September 26, 1972, an amendment to the Child Nutrition Act of 1966 authorized WIC. The legislation established the Special Supplemental Food Program as a 2-year pilot program, using Dr. David Paige’s voucher program as a model.

The program is renamed the Special Supplemental Food Program for Women, Infants, and Children (WIC). Two food packages are developed– one for infants and one for children and pregnant or breastfeeding women.

A family receives WIC benefits for the first time.

The first WIC site is officially opened in Pineville, KY.

The Child Nutrition Amendments of 1978 establish national income standards for program eligibility: at or below 195 percent of the Federal poverty guidelines. The legislation also introduced several new elements into the program: 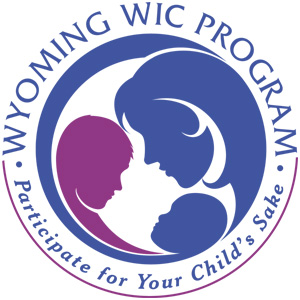 Income eligibility requirement lowered to at or below 185 percent of the Federal poverty level.

The Child Nutrition and WIC Re-authorization Act of 1989 requires State agencies to use competitive bidding to procure infant formula. It also requires the USDA to promote breastfeeding. 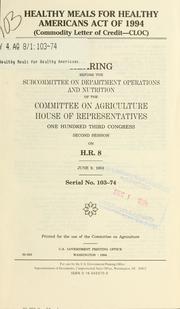 The Healthy Meals for Healthy Americans Act of 1994.

The Healthy Meals for Healthy Americans Act of 1994 changes the name to the Special Supplemental Nutrition Program for Women, Infants, and Children in order to highlight its role as a nutrition program.

The Loving Support Makes Breastfeeding Work initiative of the USDA.

The William F. Goodling Child Nutrition Re-authorization Act of 1998 requires that all WIC applicants must be physically present, document income, and present proof of residency.

WIC State agencies are required to use definitions of nutritional risk based on a national list for the WIC program. 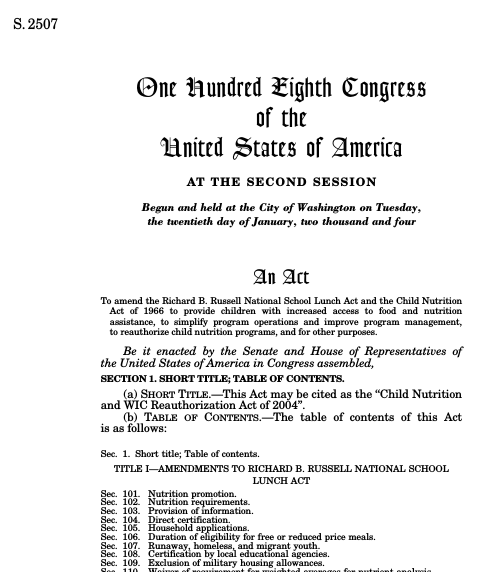 The Child Nutrition and WIC Re-authorization Act of 2004.

Based on an Institute of Medicine report, USDA introduces a new package consistent with the Dietary Guidelines for Americans. Fruits, vegetables, and culturally sensitive substitutes are added to the food package. Mothers who exclusively breastfeed receive more healthy foods. 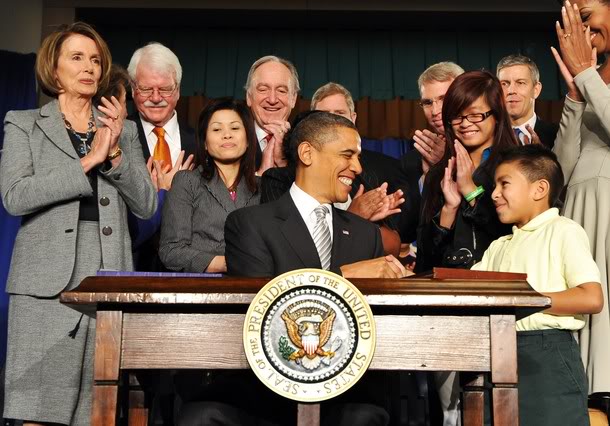 The Healthy, Hunger-Free Kids Act of 2010 mandates that all WIC State Agencies must adopt an electronic benefit transfer (EBT) system. The new debit card system is to replace the paper vouchers still in use in many States since 1968.