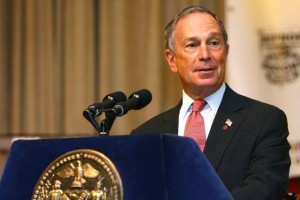 Mayor Michael R. Bloomberg has made it his mission to encourage healthier habits among New Yorkers, and some are crediting the city’s efforts with a 5.5 percent decrease in obesity rates among New York City’s school children since 2006.  While this may seem to be a small decrease, it is actually the largest decline recorded in any major city, and according to Mayor Bloomberg, it translates to 6,500 fewer obese students in New York City’s schools.

“What’s impressive is the fact that it’s falling at all,” said Dr. Thomas A. Farley, the city’s health commissioner. Indeed, recent national and regional studies have indicated that childhood obesity rates are flattening or slightly increasing in other parts of America.  The results of the NYC study, published by the Centers for Disease Control and Prevention (CDC), were based on fitness exams given annually to students in kindergarten through eighth grade.

Mayor Bloomberg has instituted numerous measures to prevent obesity and chronic illness in NYC, particularly among children.  As part of this campaign, the city has included more nutritious options (such as salad bars) in school lunch menus, and has trained 4,000 elementary school teachers on steps to incorporate physical activity into the classroom schedule. Additionally, the city has set limits on the calorie and sugar content of foods available in school vending machines. These restrictions will soon be extended to include vending machines in all city buildings.

The city has also been engaged in an aggressive advertising campaign to reduce the consumption of sugary beverages. In 2010, the Mayor applied for a waiver from the U.S. Department of Agriculture (USDA) for permission to restrict the purchase of soda with food stamp benefits. Ultimately, the USDA denied the waiver request. While the measure proved controversial due to some people’s concerns about unfairly restricting the choices of low-income populations, nevertheless it demonstrated a firm commitment to advancing public health. And indeed, the city’s health commissioner believes that the city’s efforts have driven the decline in NYC’s obesity rates.

However, the highest rate of decrease (9.9%) was among children in kindergarten and first grade (ages 5-6), indicating that school-based health and nutrition changes are likely not the primary cause for the decline.  The study’s authors were also hesitant to attribute the reduction in obesity rates to the city’s fitness interventions, suggesting instead that changes in the school and home environment “might” have been contributing factors.

Moreover, some researchers note that efforts to improve the food environment and to increase physical activity may not to be reaching all children. The drop in obesity rates was highest among white children, at 12.5 percent. The decrease was 3.4 percent for Hispanic children, and only 1.9 percent for African-American children, indicating that perhaps more targeted, community-based solutions are required, such as eliminating food deserts, improving access to recreational spaces, and limiting fast food marketing in low-income neighborhoods.