Thanksgiving is a festive time with family, friends, and food; yet, in 2016, 41.2 million Americans were food insecure and over 6.5 million children lived in low-income households without reliable access to adequate nutrition. Food insecurity can also co-occur with obesity; a twelve state study found that 32% of food insecure Americans had a greater likelihood of being obese compared to those who were food secure. A longitudinal study of more than 28,000 low-income children in the Massachusetts WIC program found persistent household food insecurity during infancy and early childhood was associated with a 22% greater likelihood of obesity compared to children who were food secure. Obesity is a risk factor for many medical conditions including diabetes, coronary heart disease, stroke and some forms of cancer; these illnesses are linked to rising health expenditures in America. 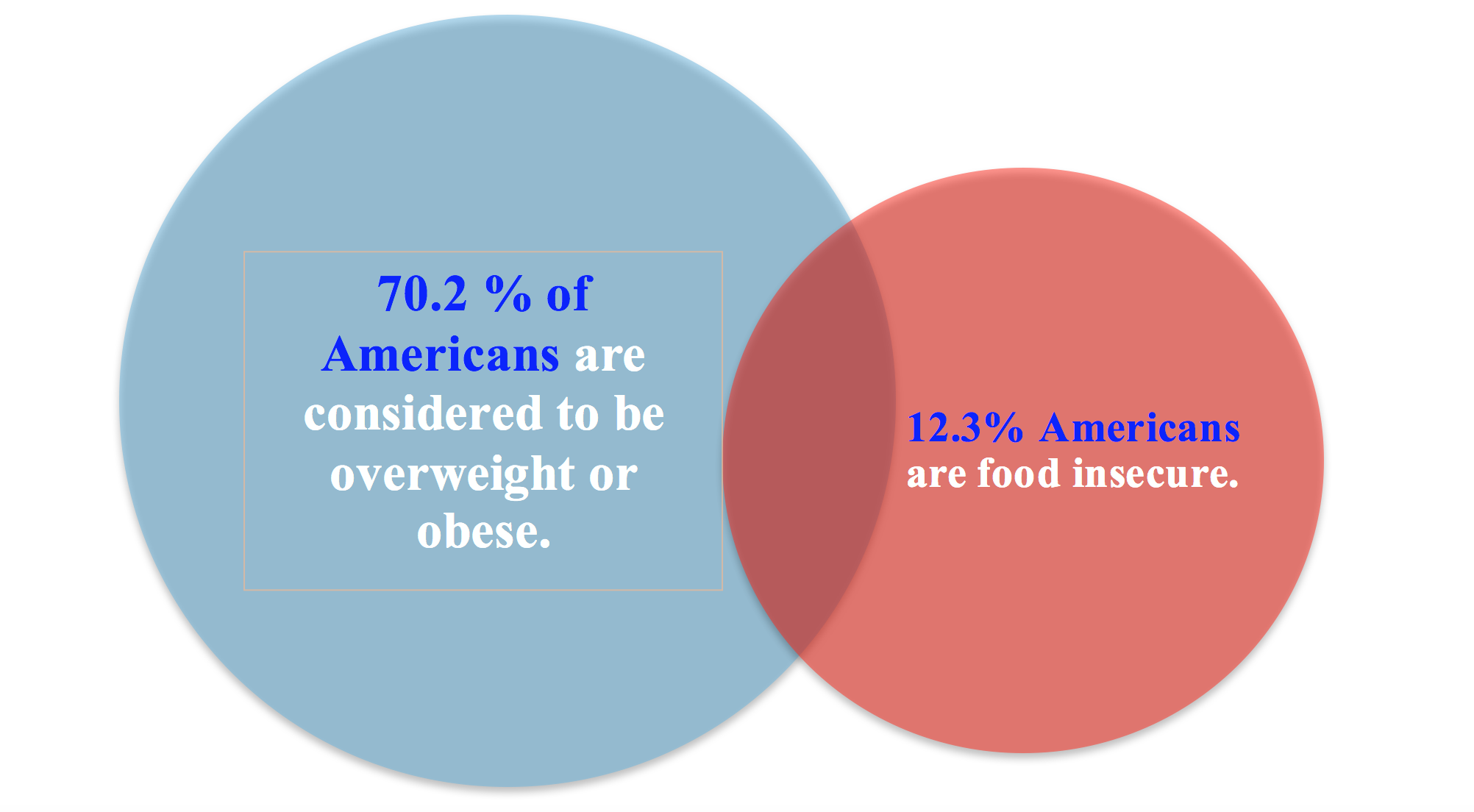 Studies have shown that people in the United States with lower socioeconomic status have poorer health and often higher health care costs. With an increased focus on reducing medical costs in America as well as promoting a culture of health, recent research examined the relationship between participation in Federal Nutrition Assistance Programs and healthcare expenditures in the United States. The Supplemental Nutrition Assistance Program (SNAP) is the nation’s largest anti-hunger program that served 42.2 million people as of October, 2017. SNAP provides benefits for qualifying low-income Americans participating in the program to purchase groceries. SNAP eligibility is established at the federal level but enrollment policies may vary by state which can either promote or dissuade participation.  Although it is not a health program, SNAP helps to improve a person’s nutritional status which has been linked to enhancing overall health. A recent study found that participation in SNAP is associated with decreased health care expenditures among low-income adults. Therefore, encouraging participation in SNAP and making it easier to participate in the program may not only help improve the health of beneficiaries but also contribute to reducing their medical expenditures as well.

SNAP is an important Federal assistance program that enhances nutrition and reduces food insecurity. While it is not a health care program, reducing food insecurity by participating in SNAP has been shown to improve the well-being of children in the United States and has positive effects on the self-assessed health of adults. A study showed that American adults experiencing significant levels of food insecurity were more than twice as likely to develop diabetes in comparison to adults who have easy access to healthful foods. Food insecurity is also associated with obesity and hypertension. Studies have also shown that food insecurity is linked to higher health care costs. A recent article published in JAMA hypothesizes that over the long term, reducing food insecurity may help decrease medical expenditures by reducing the incidence of diet associated medical conditions, such as obesity and diabetes and their effects on morbidity and mortality. Additionally, studies are revealing that food insecurity interventions may improve cardio-metabolic risk factors, which suggests better control of chronic disease. Over the short term, SNAP may decrease  healthcare expenditures by enhancing disease self-management. By saving money on food through SNAP participation, program beneficiaries have more funds to purchase medications, pay out of the pocket medical expenses and may also reduce participants’ stress over their subsistence needs. The average per-person SNAP benefit in the United States is $124 per month, or $1494 over a 12-month period. The JAMA article concluded that SNAP participation was “associated with approximately $1400 per year per person lower subsequent healthcare expenditures in low-income adults.” The authors of the article conclude that while SNAP is a nutrition and food insecurity program, it nonetheless appears to have important effects on reducing medical costs for low income Americans.

In 2007, prior to the Great Recession that occurred in the United States, the rate of food insecurity was 11.1% of the population. A decade later, 1 out of 7 (12.3%) Americans are now food insecure, a rate that is higher than before the recession. Studies have found that food insecurity is linked to higher health care expenditures in the United States and that interventions such as participation in SNAP can help to lower these medical costs. While more research is needed on this issue, developing strategies to increase participation in SNAP for eligible individuals, promoting retention in the program, and implementing other interventions to reduce food insecurity could have important health and economic benefits for America now and in the years ahead.

Rear Admiral Susan Blumenthal, M.D., M.P.A. (ret.) is the Public Health Editor of the Huffington Post. She is a Senior Fellow in Health Policy at New America and a Clinical Professor at the Tufts and Georgetown Schools of Medicine. Dr. Blumenthal served for more than 20 years in senior health leadership positions in the Federal government in the Administrations of four U.S. Presidents including as Assistant Surgeon General of the United States, the first Deputy Assistant Secretary of Women’s Health, and as Senior Global Health Advisor in the U.S. Department of Health and Human Services. She also served as a White House Advisor on health. Prior to these positions, Dr. Blumenthal served as Chief of the Behavioral Medicine and Basic Prevention Research Branch and Chair of the Health and Behavior Coordinating Committee at the National Institutes of Health (NIH). She has chaired numerous national and global commissions and conferences and is the author of many scientific publications. Dr. Blumenthal is the Director of the snaptohealth.org website and served as Chair of the 53% Conference that examined digital media strategies to strengthen the WIC Federal Food Assistance program. Admiral Blumenthal has received numerous awards including honorary doctorates and has been decorated with the highest medals of the U.S. Public Health Service for her pioneering leadership and significant contributions to advancing health in the United States and worldwide. Named by the New York Times, the National Library of Medicine and the Medical Herald as one of the most influential women in medicine, Dr. Blumenthal was named the Health Leader of the Year by the Commissioned Officers Association and as a Rock Star of Science by the Geoffrey Been Foundation. She is a recipient of the Rosalind Franklin Centennial Life in Discovery Award.

Rachel Greene is a Health Policy Fellow at New America in Washington, DC. She holds a B.A. in History from Purdue University. She is currently a medical student and was the recipient of the Neurosurgery Research and Education Foundation Cohen-Gadol Medical Student Fellowship.